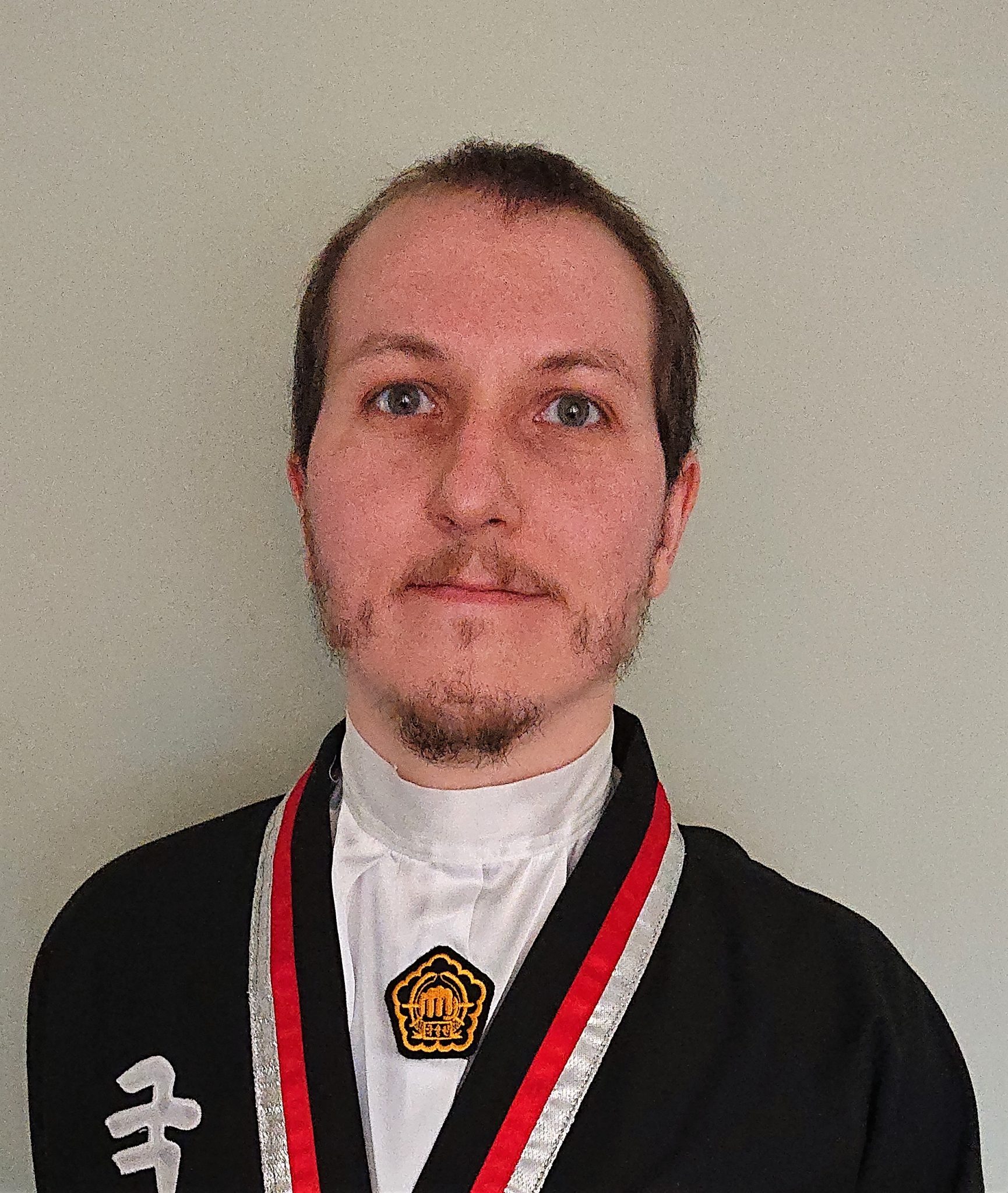 Hello, I’m Matt. I’m the head instructor and school owner of Kuk Sool Won™ of Erith. I’m a 4th Dahn Assistant Master black belt. As an Assistant Master, I have over 20 years of martial arts experience.

I started training in Kuk Sool Won™ when I was 11, in the children’s class of my local Kuk Sool Won™ school in Tamworth, Staffordshire. I attained my 1st Dahn black belt as a teenager in 2004. In 2010, I moved to London and joined the Central London Kuk Sool Won™ school. During my time at both previous schools, I was an assistant instructor supporting the teaching of students of all ages and levels. I have also competed in various UK and European Kuk Sool Won™ tournaments, and have won a number of bronze and silver medals at these over the years.

A question I often get asked is why did I start Kuk Sool Won™? The root cause of why I started martial arts training is unfortunately due to bullying. I’m lucky in that it wasn’t me whom the bullying was direct at, it was my brother. Over time, the bullying became more physical and my parents wanted my brother to learn some self-defence. They did some research into local martial arts schools, and one of my Dad’s friends recommended Kuk Sool Won™. Both my brother and my Dad started training, and a few months later I went to watch their first grading. According to my Mum, I spent the whole time with my mouth wide open in amazement – and I believe her! Watching that martial arts class was exciting, fun and interesting, so much so that I asked if I could start the next week. I loved the idea that I could learn something new each class, and that I could train with people to progress through the belts rather than competing against them. I still love those things about Kuk Sool Won™ even now. As for my brother, he learnt the skills he needed to defend himself which kept the bullies away and it gave him the self-confidence to re-build his life. My family started martial arts for practical reasons (self-defence), but it became a lifelong hobby for myself, my brother and our Dad because it’s fun, we get to learn and practice new skills, it’s helped keep us fit and active, and we get to enjoy spending that time with family and friends (many of whom we met through Kuk Sool Won™).

View all our locations

You can find out more about which cookies we are using or switch them off in settings.

This website uses cookies so that we can provide you with the best user experience possible. Cookie information is stored in your browser and performs functions such as recognising you when you return to our website and helping our team to understand which sections of the website you find most interesting and useful.

Strictly Necessary Cookie should be enabled at all times so that we can save your preferences for cookie settings.

If you disable this cookie, we will not be able to save your preferences. This means that every time you visit this website you will need to enable or disable cookies again.

This website uses Google Analytics and Facebook Pixel to collect anonymous information such as the number of visitors to the site, and the most popular pages.